Environmental variation is ubiquitous. Learning and phenotypic plasticity play a crucial role in allowing organisms to cope with such variation. Understanding why organisms vary in the degree of plasticity is important to predicting how species will respond to human-induced environmental change, such as global warming, the spread of non-native species, and habitat conversion. In the Snell-Rood lab, our research focuses on the idea that the developmental mechanism of plasticity determines the costs and constraints of plasticity. Taking a developmental approach yields important insights into understanding the evolutionary conditions favoring plasticity.

COSTS AND LIMITS OF DEVELOPMENTAL PLASTICITY

Costs of learning and behavioral plasticity. Costs associated with developmental selection have been best studied in the context of behavioral plasticity (see review here), for instance in studies of costs of learning or in life history tradeoffs with brain size across species. We are continuing these studies in several areas using butterflies as a system because of their experimental tractability and the ease with which we can measure plasticity in host use. Grad student Sarah Jaumann is investigating reproductive tradeoffs associated with information use – does taking the time to pay attention to more cues trade-off with fecundity? Undergraduate Rhea Smykalski is investigating the time course of reproductive tradeoffs with learning – to what extent does exposure to a complex, enriched environment lead to induced life history tradeoffs across generations (following up on this study with Pieris)?

Variability of gene expression as a case study of costs of plasticity. In theory, costs of developmental selection should be seen across any developmental process that involves variation and environmental feedback. It has been suggested that stochasticity in gene expression, in some cases coupled with epigenetic feedbacks within individuals, may function as a mechanism of developmental plasticity. Working with postdoc Kristin Sikkink, we are testing whether such a mechanism comes with similar life history tradeoffs as analogous processes at the level of learning. In particular, we are focusing on digestive gene expression in specialist and generalist-populations of butterflies, predicting that generalist populations will show signatures of developmental selection (high gene expression variation early in development) and life history tradeoffs (increased investment in each egg and thus fewer eggs). In this work, we are taking advantage of a specialist population of cabbage white butterflies that feeds on canola in Northern North Dakota.

RESOURCE AVAILABILITY AND THE EVOLUTION OF PLASTICITY AND LIFE HISTORIES

Resource availability constrains the evolution of life histories. Life history theory has long recognized that resources shape the expression of life history traits and tradeoffs: underlying tradeoffs may be obscured by variation in resource availability or acquisition. We are investigating this idea across longer evolutionary time scales – to what extent do limited resources constrain life history evolution over millions of years, or are constraints relaxed as organisms adapt to their diet? Are tradeoffs between plasticity (e.g., brain size) and reproduction more pronounced for species with poorer diets? We are using butterflies as a system because they feed on a wide variety of plant families that vary in nutrient content, in particular in nitrogen levels. To date, our results suggest that nutrition can indeed be a long term constraint, for both nitrogen and sodium availability.

The evolution of mechanisms regulating life history strategies. How does variation within species translate to variation across species? How might regulators of suites of traits – such as hormones – constrain such macroevolutionary patterns? To what extent do such evolutionary patterns interact with environmental variation? Together with a team of undergraduates, postdoctoral fellow Eli Swanson is using a combination of hormone manipulations and measures of insulin pathway genes to investigate these questions (reviewed here) across butterfly species with diverse diets. We are focusing on the evolution of suites of life history traits such as survival, fecundity, and brain size. 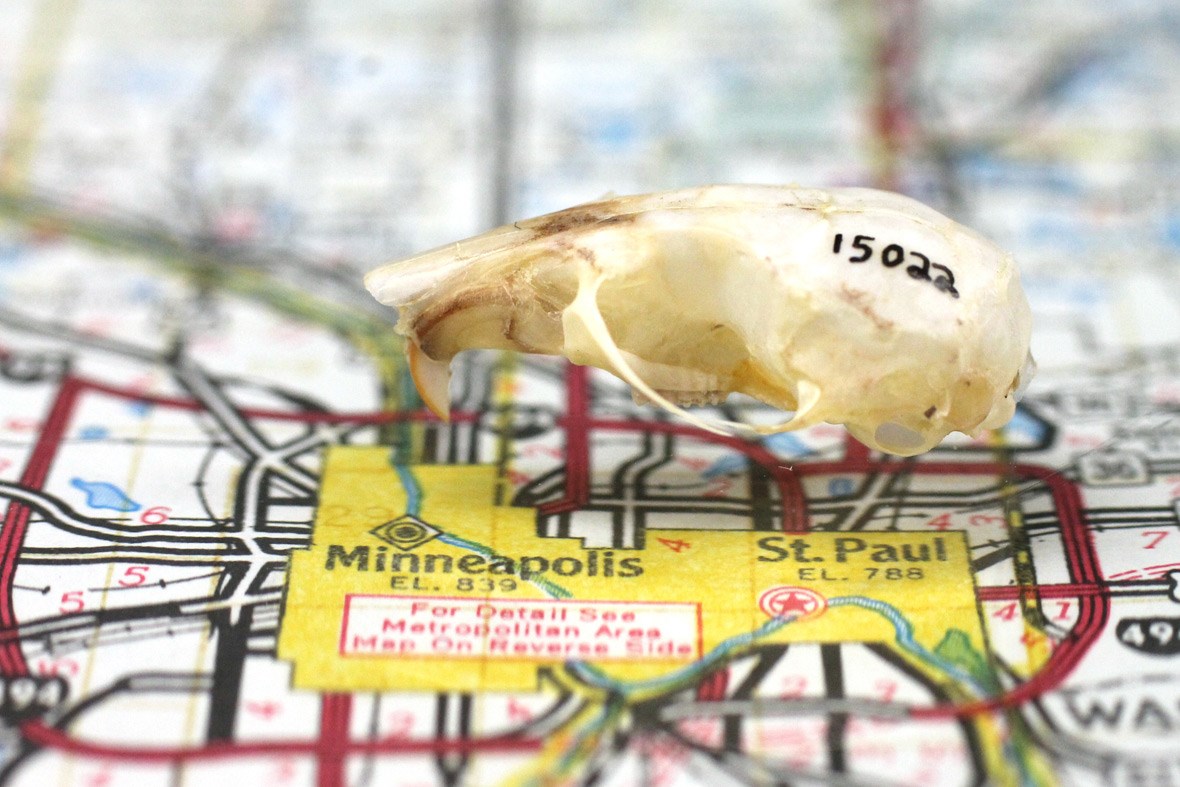 PLASTICITY IN THE ANTHROPOCENE

Humans can have direct influences on the development of plasticity. This is particularly pronounced through our effects on nutrients that were once limited in availability but are now available in large quantities in certain environments (e.g., nitrogen and phosphorus). In a recent study, we tested how road salt runoff can influence sodium availability of roadside plants, which, in turn, affects neural and muscle development of roadside herbivores such as Monarch caterpillars. While very high levels of sodium result in a high mortality rate, moderate increases on sodium can result in an increase in brain and eye size. Studies such as this suggest that in some cases, nutritional changes could have somewhat positive effects on the expression of plasticity in human environments, at least until the point where the nutrient increase becomes stressful. In other instances, humans may be having negative impacts on the development of plasticity. For instance, undergraduate Ihab Mikati has been investigating the use of antibiotics in agriculture on dung beetle performance – may antibiotics be negatively affecting performance and diet breadth of beetles due to impacts on their gut microbiome (see here)?

Anthropogenic environments can result in evolutionary changes in plasticity and life history within species. Working with undergraduate Naomi Wick, in a recent study, we made use of the Bell Museum mammal collection to test changes in relative cranial capacity – a very rough proxy for behavioral flexibility across species – over time and space in association with humans. City populations of two rodent species showed greater cranial capacity than rural populations, and cranial capacity of all insectivores (shrews and bats) showed significant increases over time. These results suggest that in some cases, organisms may be adapting to rapid environmental change through an increase in plasticity. In another study, in collaboration with Anne Espeset, we made use of the Bell Museum insect collection to test how human-induced changes in nitrogen availability may have selected for changes in allocation to nitrogen-rich traits over time and space.

Human environments can favor certain species over others – sometimes, those species with adaptive developmental responses to new environments. Comparative studies across birds suggests that in some cases, species with larger brains and more flexible behavior do better in novel, anthropogenic environment. Grad student Megan Kobiela is extending this idea beyond behavioral plasticity to investigate how evolutionary history as a specialist or a generalist can bias responses to novel toxins, in this case heavy metals.

The last few decades has seen increasing discontent with the extent to which evolutionary theory incorporates development. Indeed, the confusion associated with the term “plasticity” alone seems to capture the fact that “the individual” is not fully captured in the most basic conceptions of evolutionary processes (e.g., genes --> phenotypes <-- selection). We are working to determine the best ways to integrate behavior, physiology, and development into evolutionary theory. Graduate student Max Dresow is taking a philosophical and historical approach to explore ideas of organism, individual and development in evolution and outline steps for revising our basic models and framework for evolutionary biology. In doing so, we may have a better understanding of everything from the maintenance of genetic variation to macroevolutionary patterns during adaptive radiations.

Movement and plasticity represents one area where such an individual or developmental approach can make a difference in formulating theory. Classic theories of the evolution of plasticity stress the importance of environmental variation, often treating variation as a force external to the individual. But environmental variation depends on the behavior of an individual – how far do they move, what habitats do they prefer, what resources do they prefer, etc. Because many of these behavioral traits have a genetic component, this sets the stage for complex evolutionary feedbacks in the evolution of plasticity and niche breadth. In one application of this idea, we are investigating genetic correlations between movement traits, search behavior and cognitive measures in butterflies. Grad student Meredith Steck is further tackling some of these ideas in her research investigating environmental complexity, patch choice, and the development of individual variation in resource use.

Get in touch with CBS